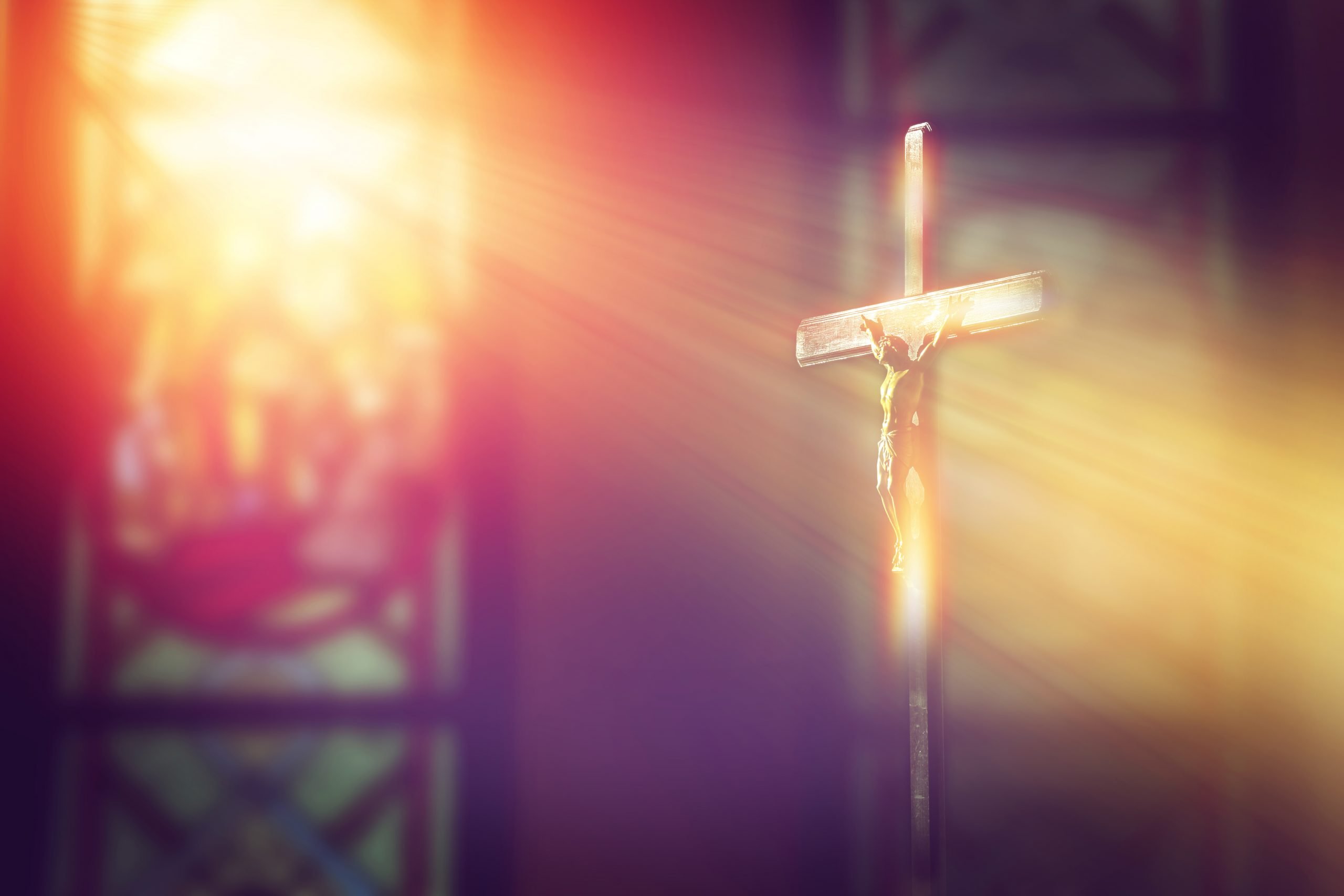 Beginnings
On June 7, 1960, the Most Reverend James L. Connolly, the fourth Bishop of Fall River, established Saint Ann’s Parish. The parish comprises that part of Raynham bounded by Route 24 on the East to Broadway on the West, from Route 44 in the South to the town line on the North. The location of the Church, a 42 acre tract of land was purchased near of the center of Raynham at the corner of Center and North Main Streets. The area selected to become Saint Ann’s Parish was formerly a part of Saint Mary’s Parish in Taunton. Parishioners brought with them a strong love of the faith and an intense parish loyalty. Bishop Connolly appointed the Reverend Leo T. Sullivan to be the first Pastor for the new Saint Ann’s Parish.

The Raynham Police Association graciously offered the facilities of Gilmore Hall to the newly founded parish. The offer was accepted, and the first Mass of Saint Ann’s Parish was celebrated at Gilmore Hall on Broadway on Sunday, June 19, 1960. The new parishioners began to look forward to the building of their own church, and a Building Fund Campaign was soon underway. The campaign was a huge success due to the leadership of Father Sullivan and the committee and due to the generous response of the parishioners. Construction of the new Church began on July 26, 1960, the feast of Saint Ann. The first Mass was celebrated in the Church hall on Palm Sunday, March 26, 1961, and the Church was dedicated and opened on July 16, 1961. Each year the Parish grew in numbers while new organizations and activities were begun.

Early Growth
In 1969, Bishop Connolly transferred Father Sullivan to Holy Name Parish in New Bedford. He named the Revered William E. Farland to be the second Pastor of Saint Ann’s Parish. Father Farland’s pastorate lasted only five years when he was transferred to Saint Joseph’s Parish in Taunton in 1974. To succeed Father Farland, the Most Reverend Daniel A. Cronin, the fifth Bishop of Fall River, appointed the Reverend Gerald T. Shovelton to be the third Pastor of Saint Ann’s. It was under Father Shovelton’s pastorate that the Parish experienced a significant increase in new families and a significant increase in the religious education program. Due to the size of the program, Father Shovelton worked with another Building Committee to formulate plans for a new parish center. Mr. Richard Vieira spearheaded the drive. The generosity of the parishioners was evident once again as groundbreaking for the new parish center began in February 1989 and it was completed in December 1989. It houses 14 classrooms, religious education offices, a mid-size meeting room with kitchenette, and a large hall with a full service kitchen. The building has served as a wonderful meeting place for many parish organizations as well.

Father Shovelton was transferred to Holy Trinity Parish in West Harwich in June 1991. Bishop Cronin asked the Reverend Philip A. Davignon, the then Pastor of Our Lady of the Isle Parish in Nantucket, to become the fourth Pastor of Saint Ann’s Parish. It was under Father Davignon’s pastorate that the Parish Festival was established in part to help pay for the new parish center.

St. Ann’s Today
In June of 2000, the Most Reverend Sean O’Malley, O.F.M., Cap., the sixth Bishop of Fall River, asked Father Davignon to assume the pastorate of Our Lady of the Assumption Parish in Osterville. Bishop O’Malley assigned the Reverend Michael K. McManus as the fifth pastor of Saint Ann’s Parish. The generosity of the good parishioners of Saint Ann’s continues, and the debt for the parish center was retired in November 2004, four years ahead of schedule. The Most Reverend George W. Coleman, the seventh Bishop of Fall River, was the main celebrant of the 11 a.m. Mass on November 7, 2004, to mark this occasion, and a luncheon was held in the parish center at which over 400 parishioners attended.

In May of 2012, Fr. McManus announced to the parishioners that Bishop Coleman asked him to become Moderator of the Curia, which is akin to being the Director of Operations of the apostolates and agencies, and coordinating their work in fulfilling the Bishop’s plans. Fr. Michael’s new position would be in addition to being Diocesan Chancellor, a position he held for seventeen years and would necessitate his leaving as Pastor of St. Ann’s.

On August 18, 2021, Fr. James Fitzpatrick became the seventh Pastor of St. Ann’s. In his previous assignment, he was Pastor of St. Bernard’s Parish in Assonet MA.